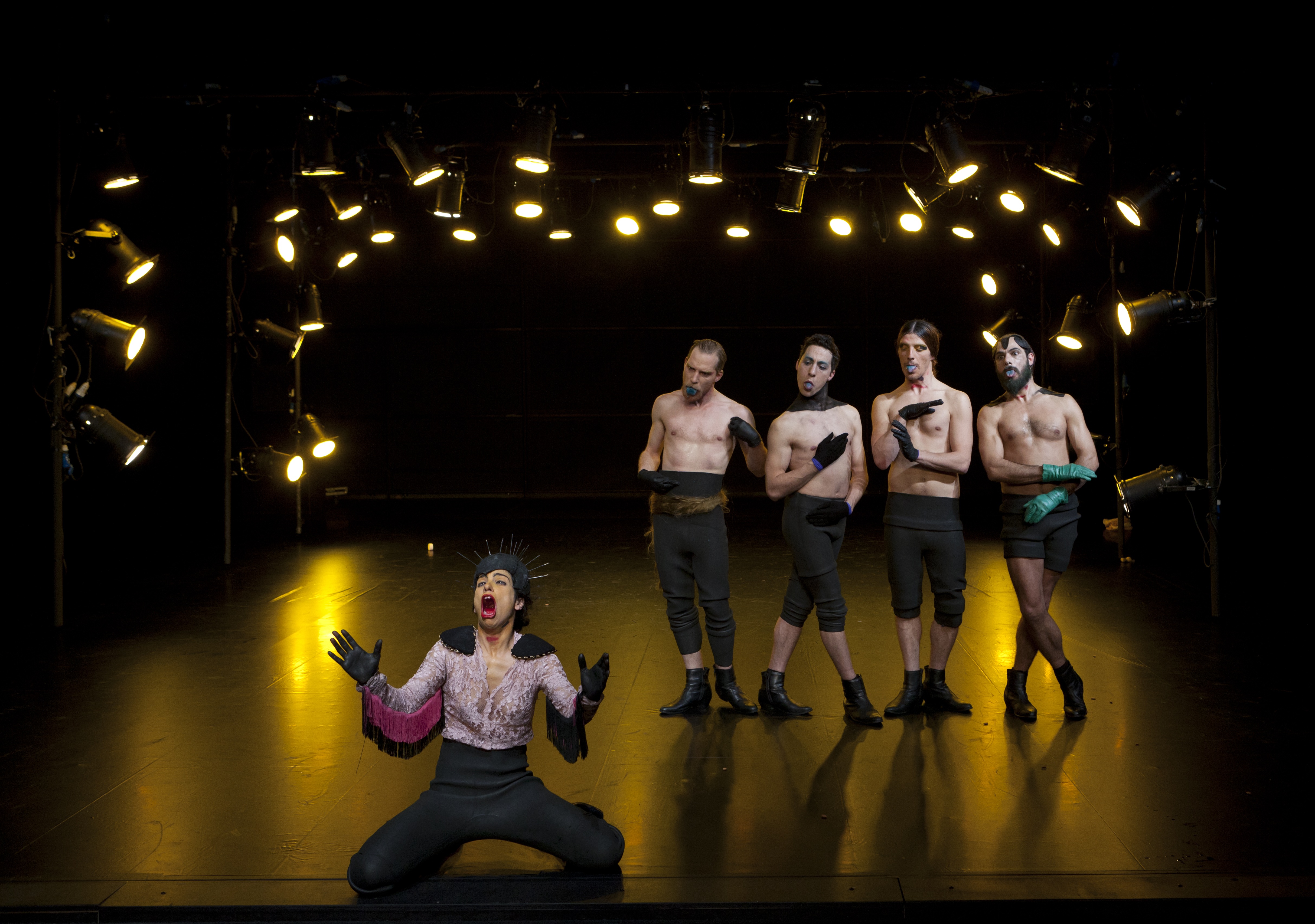 This year the program of Side Step Festival challenges its audience with the large and universal themes about the meaning of life and death. It explores human beings and inner worlds, reflects on the weirdness and the unknown.

Among other performances in the expressive festival program is Paraíso – Colecção Privada (Paradise – A Private Collection) by Marlene Monteiro Freitas.

Freitas’s paradise has nothing to do with biblical wonderful world where Adam and Eve happened to live. Instead the happening on the stage at times resembles a “radical feminist dream”, at times a puppet-show directed by authoritative impresario and sometimes a great-master-and-his-apprentices parody.

Paraíso – Colecção Privada is a choreographic concert exploring mythology, animality and authority with a hint of sexuality and fetishism. The action doesn’t really follow the single direction towards dramatic culmination. The intensity and emotional tension of all the “concert” scenes are so equally strong, that by the end of the performance you hardly remember how it all started.

The stage is framed with a yellow light installation in the shape of a garden shed. A grotesque mistress of Marlene exerts her power on four-animal-like men: Yair Barelli, Lorenzo de Angelis, Lander Patrick, Andreas Merk.

The distinction between Freitas’s paradise and hell becomes blurred.

The weirdness has its own “weird content”, after all. And if the weirdness is not made for the sake of weirdness, it becomes a strong choreographic tool for creating performance.

If so what could be then a viewer’s tool for understanding weirdness, or rather making it less distant?

For me the act of being present in the full audience space was just enough.

Music: Marlene Monteiro Freitas (with the support of: Nosfell and Tiago Cerqueira)