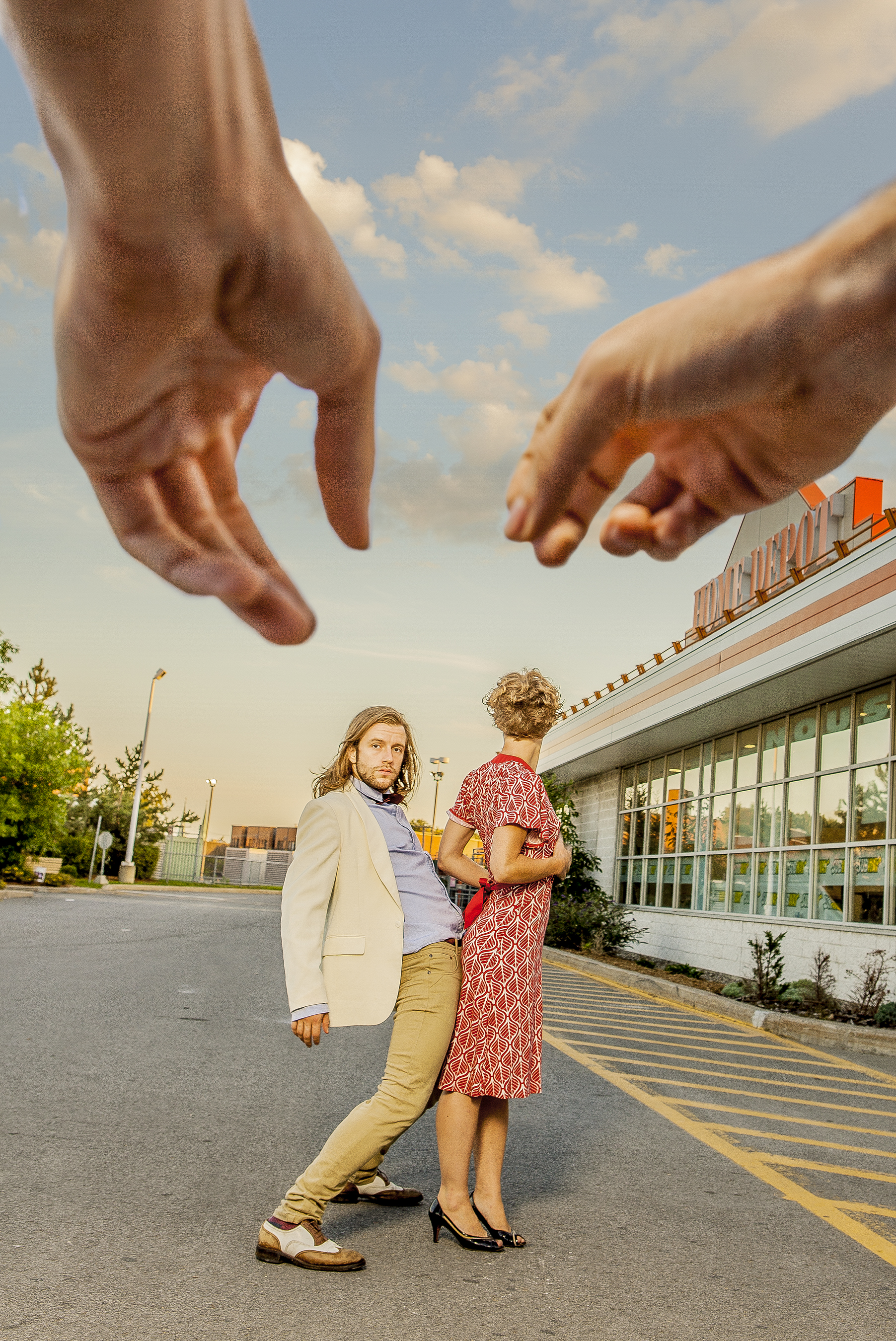 Usually beauty fails. Does it?

What is beauty? Can we see it, smell, touch?  Who decides?

In the dance performance Usually Beauty Fails the author, Frederick Gravel,  plays with spectator’s  perception and expectations, allowing him in the same time to take an active role and interact with the staged material; Audience is active even when sitting. Let’s assume that beauty resides in the plenty of diverse emotions and actions, of intense affects and profound sensations. Author is therefore trying out different genres, in the absence of fixed and continuous stylistic and aesthetic determination.

Performance is taking place in STOA, in the big, unified space: the traditional lines between backstage and scene, between performers and audience are erased. Entering into the auditorium, one finds dancers rehearsing and dressing up. When some of them fix their attention at the people entering and finding their places, communication begins. The silent compromise is made in the moment when all of the 6 dance performers and 3 musicians take positions towards the audience, and the lights go off. The electronic music stays on.

In the duration of an hour and a half, the performance switches from contemporary dance, a bit of ballet, classical dance and street dance. In several acts, performers dance individually, in pairs or in the group. The dance movement switching between sensual, intimate, aggressive, show and classy goes along the narrative of human relations, from gentle, calm love and care to selfish, possessive passion and sex.

The music, produced by various instruments and devices, supports and empowers the effect of multi-genre setting. It includes singer-songwriter, techno, hip hop, classical. In some instances, music performance gets from background to front stage, so dance performance piece turns into a concert.

Several times during the piece, Gravel addresses the audience and shares his thoughts about creative process, conceptual questions, author’s intentions, improvisation and audience agency. He invites the spectators to take part in the play with taking own point of interpretation and to be free to show their emotions.

However, interaction of this kind could end in its contra-effects, namely spectators being suggested what to see or how to see. If being told there will be a concert, they will eventually act like in a concert. The constant switches of performer’s and audience’s roles were in one hand dynamic and brave, while in another threatened by lack of spontaneity and real improvisation.

Close to the end of the performance, Gravel shares final remarks on issues of beauty in pop culture, relation of pure form and beauty nowadays when we are all bombarded by images, referring to the performance going on.

Two final acts underline the motives of interpersonal relationships, confidence and sympathy, in a manner of ‘hold me, hold me in love’ background song lines. Personally, I appreciated author’s intention to speak out about hyperreality, condensed and intensive experience of it and need for constant impression management. Questioning form, style and aesthetics is of crucial importance for understanding postmodern era, with special regard to the creative process. Nevertheless, in my opinion, it would be more effective if all these issues were left for audience to feel and internalize, without putting them in explicit words.

Usually Beauty Fails offers dynamics and energetic atmosphere, generous spectrum of images and sounds, but questionably manages to bring them together. Maybe beauty indeed usually fails. Or only less is sometimes more.

Read also other reviews of the same performance by Nina Khodorivska, Emma Vainio and Heidi Vehmas.