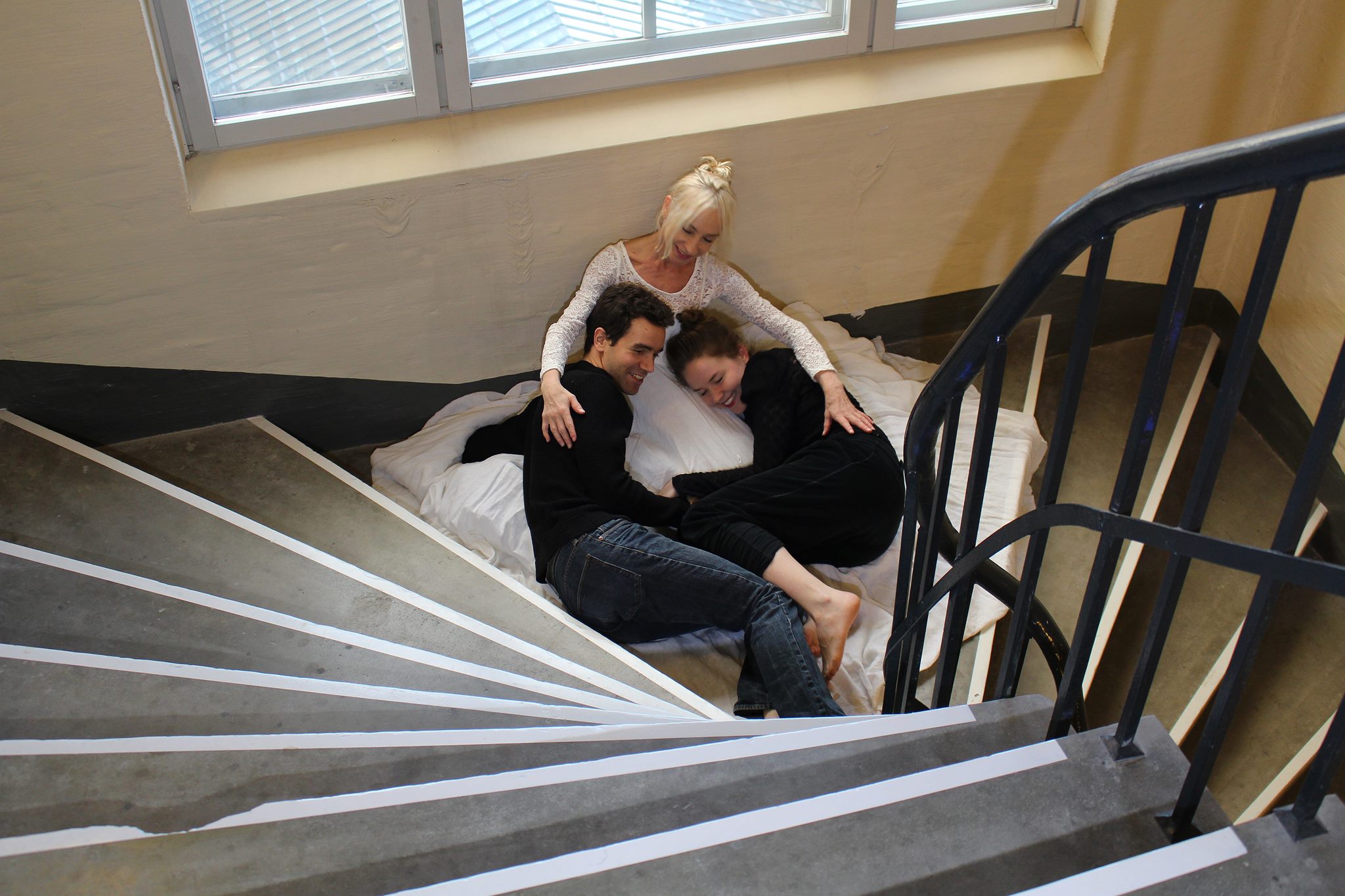 Two shadows dance a spiritual dance on each side of a big Jesus’s figure nailed to the cross; a melody of Italian and Finnish languages alternates in harmony with elevated and inspiring Renaissance music;  two readers move freely around, slip away the viewer’s eye and catch it again; the awareness of the space which is imbued with powers and presence of religion.

In spite of the fact that the audience has a lot to be busy with during performance Jälleen näimme tähdet – A riveder le stelle, one of the readers Mirjami Heikkinen opens the event by inviting the audience, first of all, to listen to the silence. The silence, when text, movement and music stay in its background.

For last decades churches have become an attractive place for many contemporary artists.

One should note that as a performance venue church has all the necessary components of a conventional theatre space: altar as a stage or central place for action, benches for the audience to sit on and a particularly-designed-spacious-hall that can be inspiring for artistic ideas.

One should recognize that as a shelter of people’s innermost thoughts and prayers church has a very powerful energy that can strongly impact on communication – verbal, musical, and emotional – between an artist and a viewer.

Who can bring art to the church? Does a site-specific performance in the church fairly select the audience in a way that requires from the spectator a certain extent of inclination towards a personal spiritual development? Is such selection necessary in order to facilitate the artist’s mission to interrelate with the viewer?

In the performance the original Dante’s Italian text, recited by Gabriele Goria, is intertwined with the Finnish Eino Leino’s translation, recited by Mirjami Heikkinen. Remarkably, the actors’ expressive reading does not overcome the fine line between recitation and acting, attaching the highest priority to the text. The dramatic reading of Goria, in which he keeps a phenomenal space for a witness within, creates a dialog with Heikkinen’s vivid and playful recitation, full of notes of personal feelings and tenderness.

The artists, each on their own and in a delightful unison, create the performance, full of suspensions between voice and sounds, between action and stillness – the meditative moments for the audience to perceive and experience silence physically and spiritually.

I happen to think, can art bring an intellectual, emotional and spiritual experience to the viewer the same way as the religion does to the worshipper? Can art be as powerful as religion?