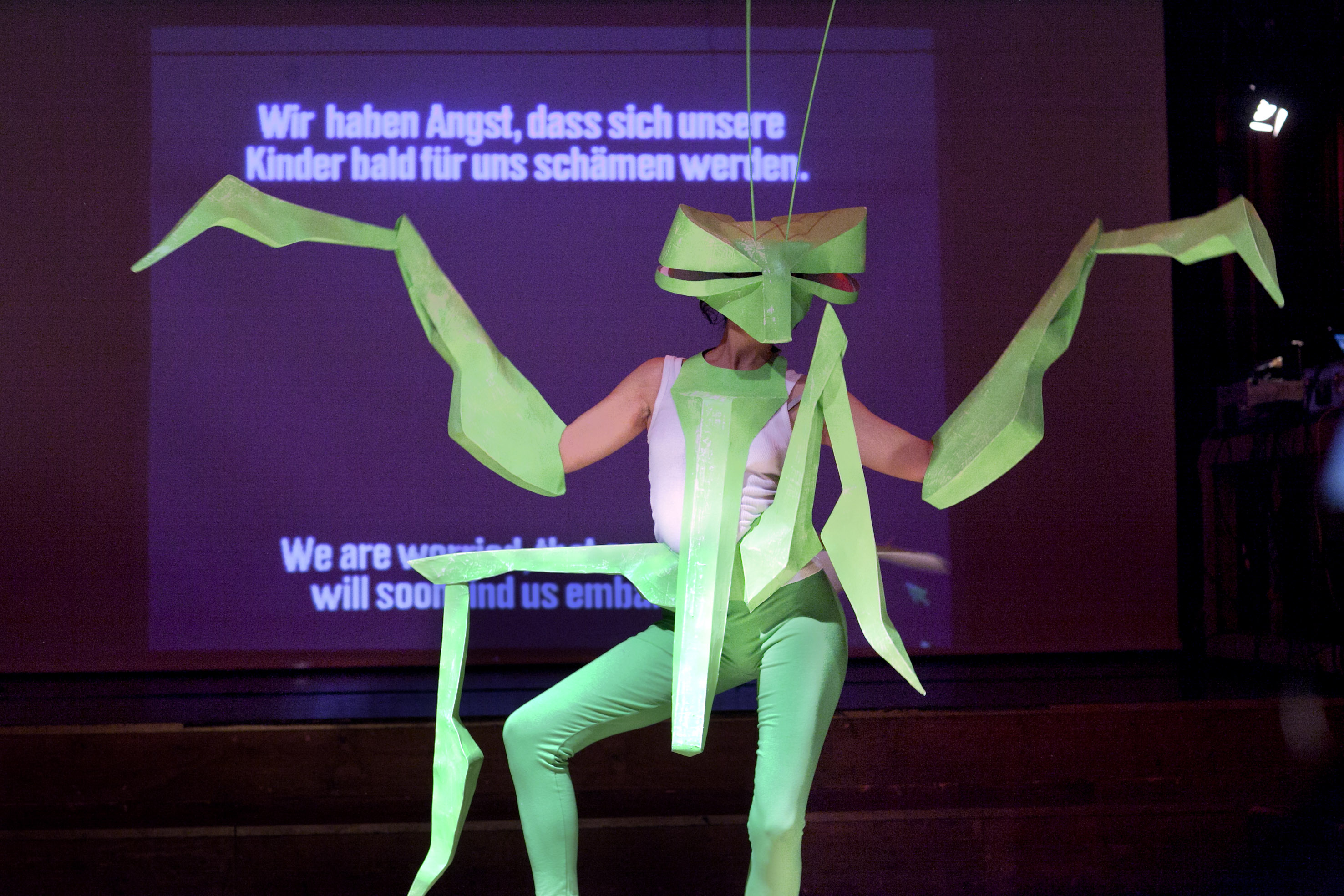 We fantasize about having sex with more than two people, but we never dare to do that.

We want to have a big cock.

Our mother was telling us that we were special.

Our mother once thought, that we were dead for a certain period of time.

I fantasize about having sex with more than two people, but I never dare to do that.

I want to have a big cock.

My mother was telling me that I was special.

My mother once thought that I was dead for a certain period of time.

Gather some people in the same space. Give them small pieces of paper and pens. Ask them to write the statements on behalf of WE, which should be based on:

Agree on a random selection of the pieces of papers and statements announcement.

Put a rule: If WE agree with the announced statement, WE stay in the space-of-action.

If WE disagree, we stay aside.

You’ve got a score for a dance performance!

From WE to I, from MY to OUR – becomes the central drama of Dancing About, the first dance performance of legendary Gob Squad collective.

The performance creates a multidimensional interactive space, where a viewer’s eye constantly wanders around the diverse elements of the happening: dancing bodies in the center; announced statement to the microphone; a live mantis in a glass box, which all the statements are addressed to; a big screen on the back wall with the text, immediately typed after each announced statement; changing music tracks; the dancing bodies again.

Each statement, addressed to the mantis in the glass box, appeals to you, the one sitting in the audience. As though you are a prist at the confession, as if you are obliged to decide whether you are in the space-of-action or out.

Obviously, in their first dance piece the performers of Gob Squad don’t challenge themselves for strong dance technique and esthetic perfection: no refined movement patterns, no active shifting in the space, no virtuosity, no impressive tricks. A disco club party instead.

Without any emotional and physical strain performance accumulates more adventurous, more sincere and more honest confession one after another.

Stout Tina Pfurr and skinny Bastian Trost encounter each other in We Don’t Like Weddings dance; Simon Will shares his childhood bitter memories, Mat Hand confesses a cruel lie to his mother; Berit Stumph performs a solo dance I’m Afraid When My Daughter Turns 11, because she promised to have sex in that age.

All of them lose themselves dancing behind the last statement We Need To Dance.