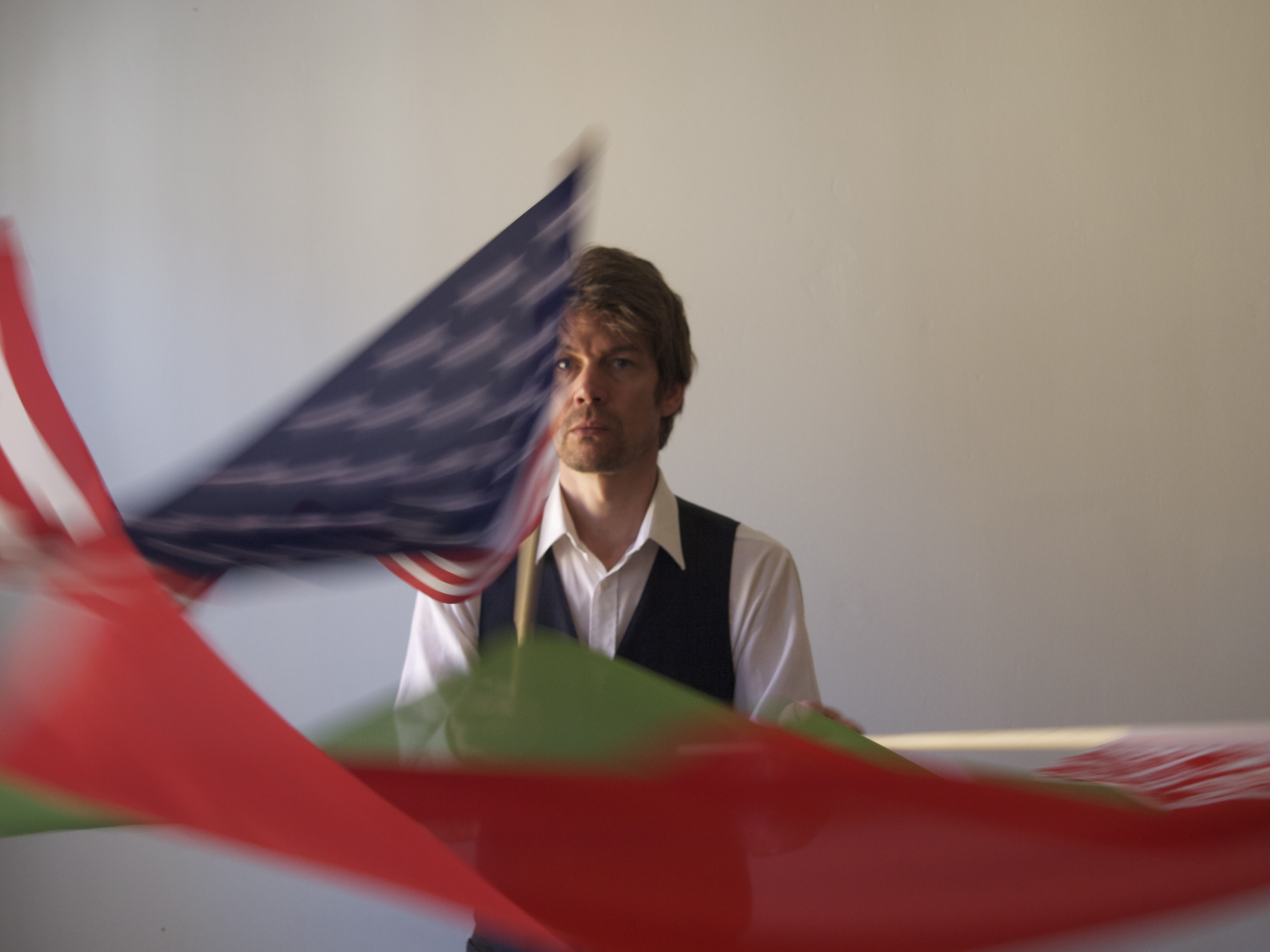 Juha Valkeapää’s Executed Stories is a one man-performance about execution and its methods, as used in the past and the present day. During the show Valkeapää represents to us both criminals and victims. Above the rather horrible, morbid and macabre selection of cruelties hang the executioners. It’s not only the amount of murdered or slaughtered people that counts; although, much as we might like to deny it, human beings are, by their  nature, Peeping Toms when it comes to wicked deeds.

Valkeapää is presenting cases which he has collected randomly alongside others which are important because of changes in methods of execution. The theatre maker’s attitude towards his subject is simultaneously enthusiastic and clinical. He is very involved, but keeps a distance, without becoming sterile.

There is a documentary element to the production, but that is not problematic, as the piece has a strong sense of performative vitality. On the stage there are only some props: a kitchen table, a chest and a sawbuck.

Let’s keep it simple. If you need to demonstrate the boiling-method in execution, just pick up a Swedish turnip, cut off the head, put it in a kettle and turn the heat on.

Valkeapää certainly wants to give the feeling of the self-made production in his descriptions and investigations. That process also involves a certain amount of humour; but when we laugh, we are immediately caught short by the subject that we are laughing at.

Valkeapää succeeds in waking the spectator’s moral consciousness. The descriptions of the crimes and punishments don’t go very deep. He describes only the main points, the bare necessities. The title, Executed Stories, is literally true. Valkeapää himself designates his performance as a lecture. Awkwardly, this distanced view makes these histories even more disturbing to us, the audience.

On the kitchen table, Valkeapää has a collection of black and white pictures of famous criminals and most famous executioners. One-by-one, he tells their stories and puts the photos on the wall. Anders Breivik is displayed there in the company of Anne Frank and Ruth Ellis, the last woman to be hanged in the United Kingdom.

Only Lalli, a peasant who lived in Finland around the 10th century, is missing. He is very famous through an old folk tale. It’s revealing that Lalli was the one who killed bishop Henrik.
Politics can’t be left out. At the beginning of the two-hours-and-twenty minute performance, Valkeapää is playing like a juggler with three flags: Belarus, China and United States of America.

The performer also puts on the back wall a picture of a cute little fellow, himself as a five-year-old child. This is symbolic and notable. The performer is perhaps showing that each of us is capable to good and evil. At the very end, Executed Stories turns out to be an apparently human performance.