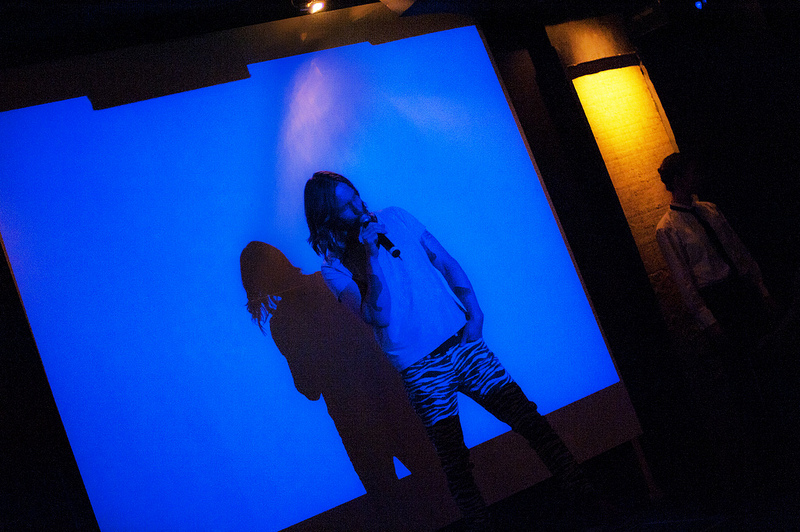 The second scene, in another hall, is purely an attempt of provocation. Some of the audience members leave. I’m waiting to feel something, as I know, based on a discussion about the work earlier the same day, that the show’s creators want us to have an instinctive response: whether it be arousal, disgust or shame. Just to be sure that we get the point, the ugly scene is repeated in slow motion. I find myself watching other people instead, but can’t really tell what their feelings are.

The third scene takes us to soft mattresses and beanbag chairs to listen to the sounds of coitus in darkness. Lying there I realize that I’m rather thirsty. A woman in the audience is humming a tune by herself.

In between the scenes we’re left in the darkness for a while. Perhaps that’s the moment we’re supposed to look inside and really reflect upon our emotions. I’m just waiting for something to actually happen.

Afterwards we’re given some wine with the words: ”We’re not going to torture you anymore”. So is this what the whole thing was about? Torturing us? Why would you want to do that?