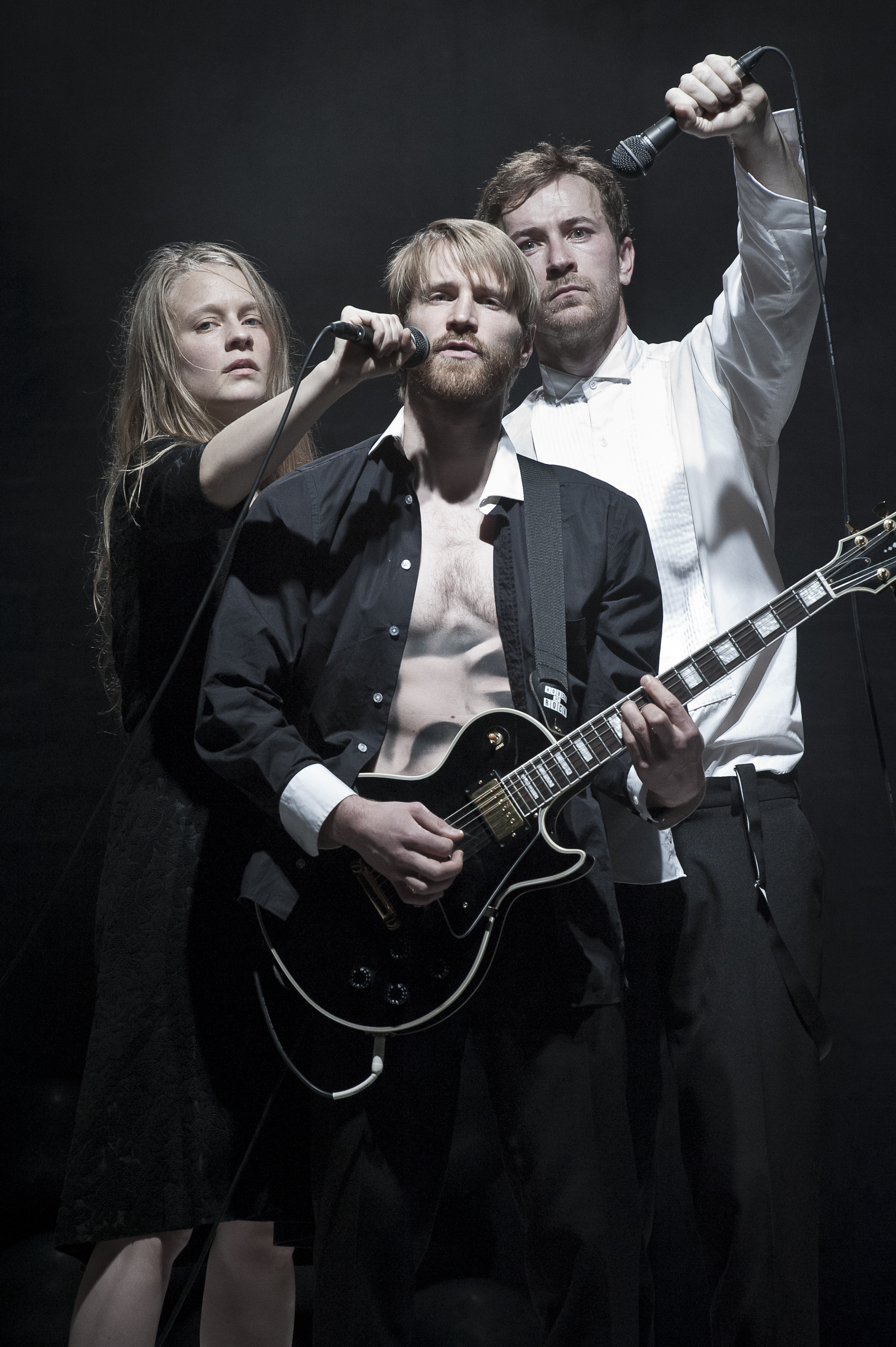 This year Moving in November festival (Liikkeellä marraskuussa-festivaali) started with the premiere of Maija Hirvanen’s new creation For Those Who Have Time. The performance is the second part of Hirvanen’s trilogy Operation We. The work examines habits formed by the rhythm of contemporary life.

In Hirvanen’s work the theme of time is explored together with the theme of death. Two essential elements of human life oppose, come parallel, intertwine, divide and merge with each other in the performance. First there comes a female dancer in a black dress with long loose hair. She welcomes the audience, thanks it for coming and devotes her dance to death. The dance becomes ritual as the performer is likely trying to get in a trance rather than doing a certain set of choreographed movements. She leaves the stage the same way she shows up in the beginning – through a central gap in the black curtain.

This is the same entrance for a following male dancer with mentioned 15-minute humorous monologue about the things he doesn’t have time for. While speaking he moves his feet convulsively within a circle on the floor from a light beam. Later in such convulsive motion two performers will work in a duet seeking, allowing and avoiding the contact. But before that the audience sees another character with electric guitar hang over the shoulder and a black balloon. Is he the one of those who deals with time and death? Is he the one like those who can’t see time and death but strongly feels them passing by?

The dramaturgy of the performance develops logically and meaningfully. The dynamics stay pretty much on the same level. Sometimes it feels that the time hangs heavy and that could be a choreographic tool for the piece about time. The change happens when the curtain opens and the audience sees the spacious back of the stage full of balloons. The performers start playing with them hitting balloons towards the audience. Exciting, meditative, amusing, playful action. In the end the confusing character with the guitar plays and sings a song: “For those who have time. This song is for us. Let’s dance!”

Death…Time…Dance… Those say one experiences the present when facing love and facing death. Those say we can perceive time at a present moment only. Dance takes our mind into the awareness of the present. Do we simply face life when we dance? Indeed, let’s dance then…

Maria Prokhorova
Dancer, who tries out different ways of viewing and reviewing dance