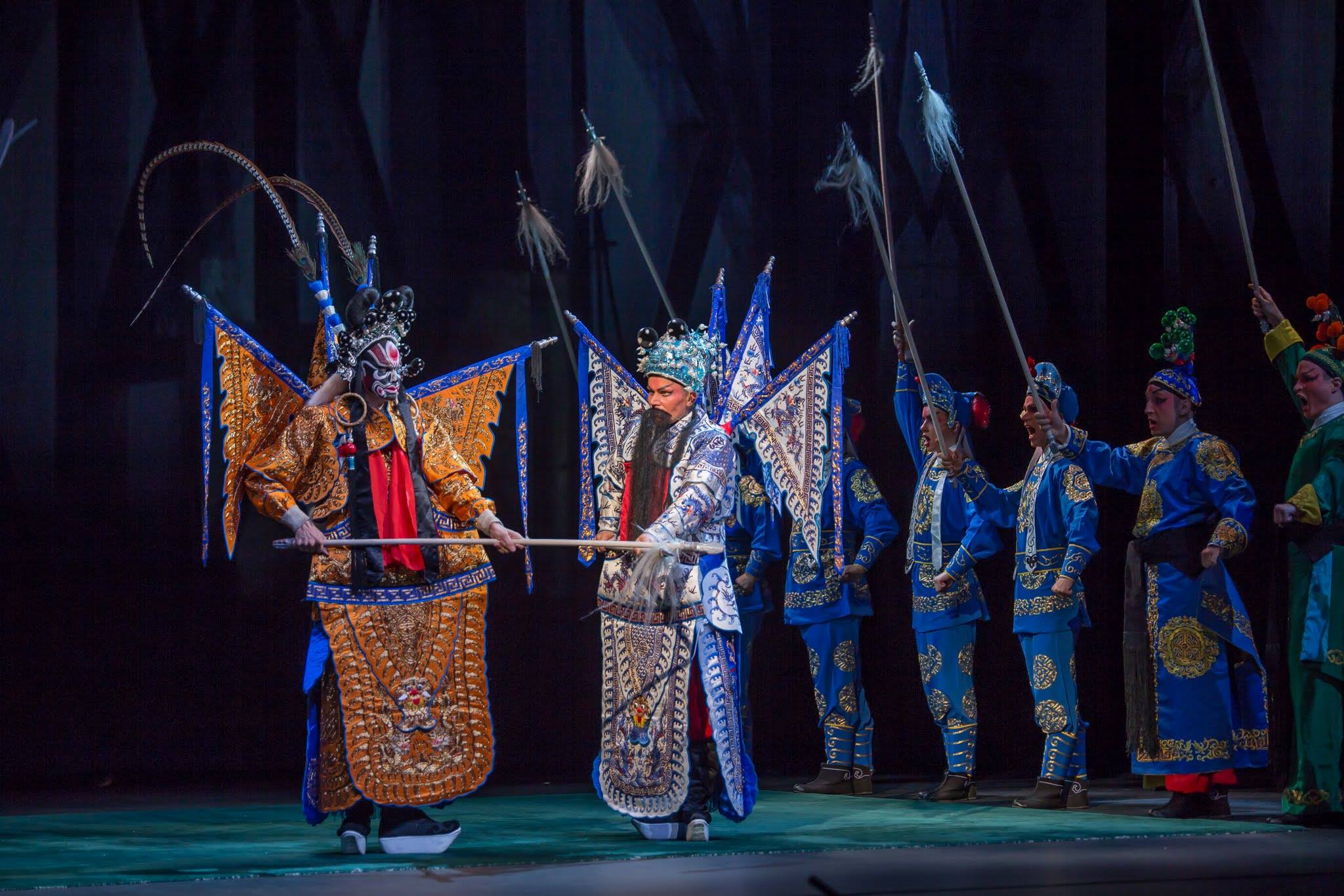 This year’s Helsinki Festival brings Chinese performing arts closer to the Finnish audience. The Last Warrior by Wusheng Company, premiered at the stage of the Finnish National Theatre, represents traditional Chinese theatre in its particular genre of Peking opera.

Remarkably The Last Warrior is performed in Finnish language and happens to be the second Peking opera played by Wusheng Company, founded by two Finnish artists Antti Silvennoinen and Elias Edström. All the actors of the play are local artists as well – only a small Chinese orchestra group, playing the original Chinese wind and percussion instruments, accompanies the performance. Such an intercultural fusion was directed by one of China’s most celebrated Peking opera directors, Lü Suosen.

As a term, ”Peking opera” is misleading, because it has nothing in common with Western opera and its sophisticated high art of singing. Still as a genre of music theatre, Beijing opera incorporates martial arts, acrobatics, singing, recitation, mime, dance and acting.

The Last Warrior tells the story of a fictitious fight at Ox Head Mountain during the Southern Song dynasty, in around the 12th century. Though the play is full of magnificent theatrical effects, the dramatic development of the storyline goes slowly and consistently.

As always the East challenges the West with its particular perception of time, the traditional Chinese theatre turns the play’s recitation into a real ceremony, a ritual. The actors’ speaking has a particular manner of lengthening the sounds and echoing the words. At times such speaking and the orchestra’s accompaniment both share the role of a narrator, alternating the music with the spoken words within one sentence.

One should note the importance and functionality of the distinctive costumes and make-up in Peking opera. The costumes distinguish the rank of the character being played. In addition to gorgeous and ornate robes, the special characters wear high-laced boots. 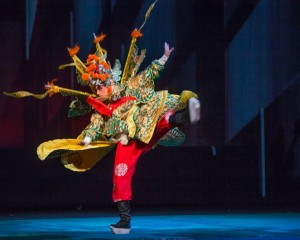 With a good command of such costume and boots Antti Silvennoinen introduces an original way of moving, raising the straight leg from the hip in the air and bringing it back through a high bent knee. How the rest of his body remains quiet and balanced, how loosely and high his legs go up with a perfectly turned-out inner thigh, could be fully appreciated by those dancers with years-long-classical-ballet-background.

The real action of the fighting, expected from the name of the play, starts only in an hour after a long introduction for 90-minute long performance. Though real perhaps only for the Western viewer, seeing the traditional Chinese theatre for the first time.

Acrobats-warriors, representing two opposing armies, introduce another original component of the play – dance-like performance with flags. Besides that the warriors get the audience thrilled with their incredible flying kicks, somersaults along the stage and falling on the back flat.

Continuously jumping and landing on both legs extended in the front split, Silvennoinen’s solo in the end of the performance embodies the courageous resistance of the Last Warrior.

Nothing is superfluous in the play. Nothing is either lacking or taking liberties. At times the hilarious moments of the artificiality of the ceremonial bring extra spices to the viewer’s perception. Though hilarious perhaps only for the Western viewer, seeing the Chinese theatre for the first time…